A Hug and A Kiss

As I started taking out my Valentine's Day decorations, it occurred to me that I had never written a post about my quilting projects.  I've been quilting since 2001 but I still consider myself a beginner.  I have made one large quilt and the rest have been lap size or wall hangings.  There are still so many techniques and patterns I want to attempt to master! 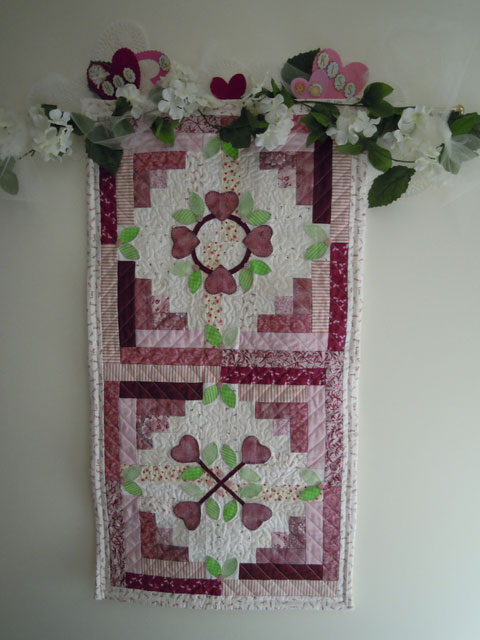 The top block features a circle surrounded by hearts (the hug). 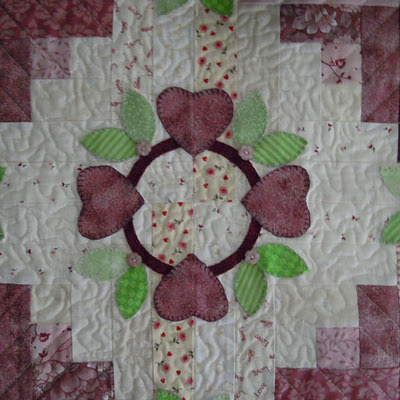 Crossed bars with a heart at each end (the kiss) are the basis of the bottom block. 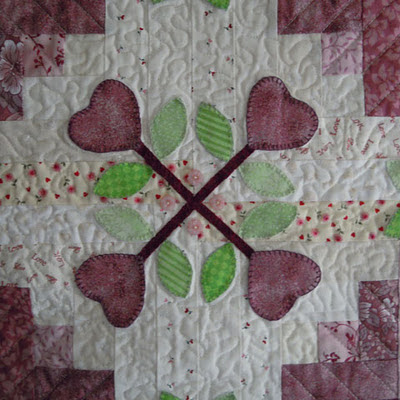 This wall hanging was was inspired by a quilt I admired in the July/August 2006 issue of Fons & Porter Love of Quilting magazine.  The quilt was designed by Mimi Dietrich in a Baltimore Album style.  Since the inspiration quilt was made of four blocks, the original name was "Hugs & Kisses" (plural). 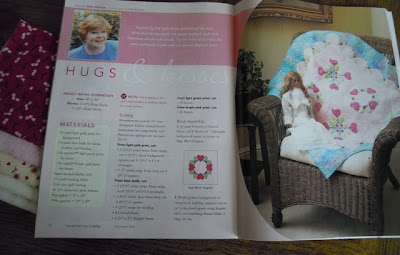 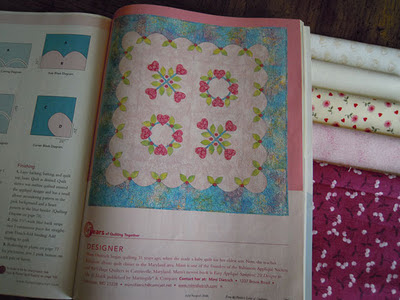 My "A Hug and a Kiss" quilt was a low cost project.  The only newly purchased items for this project were the pink flower shaped buttons used to embellish the blocks. The log cabin blocks used as the background for the applique were left over from another quilt I made in 2006.  The appliqued pink hearts and green leaves were cut from scraps of fabric found in my stash.

My earlier 2006 project was made entirely from log cabin blocks and the layout forms a heart in the center.  Most of the log cabin blocks were made entirely of cream colored fabrics.  Two blocks are entirely made of varied pink fabrics.  Eight blocks were made the traditional way using half light and half dark fabrics.    I originally intended to use some of the half light/half dark blocks to add some pink in the corners.  But when I was working on the block layout, I thought the heart center needed to be the feature of the quilt and the additional color detracted.  That's why I ended up with extra blocks for the wall hanging. 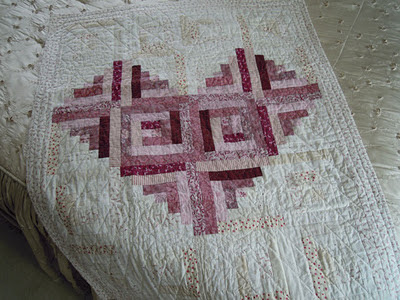 Since the fabric used for the borders and backing featured the word Love in varied fonts, this log cabin Valentine quilt is named "Surrounded by Love".   I like to make my quilt labels using a miniature block that repeats a block from the quilt itself. 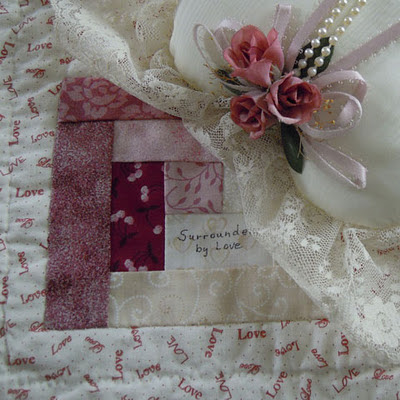 "Surrounded by Love" was hand quilted.  The outer cream portions were quilted in a grid pattern.  The pink fabric center is quilted with repeating heart wreaths.  You can see some of the hearts clearly in the darkest fabric. 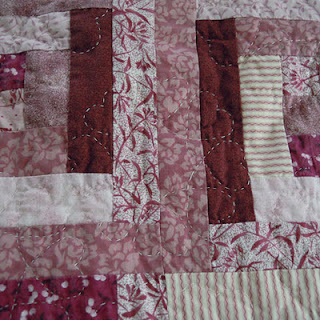 Absolutely lovely! Thanks for linking up at the CBPH :)

Beautiful! Thanks for sharing your beautiful work Joann

Beginner or not, you are one talented lady Debra. I've always wanted to quilt and envy those of you who do. I have books and even a Great Aunt who has won awards who could teach me, but never find the time.

Both of your pieces are lovely, but my favorite is the bottom one with the heart shape.

Thanks so much for sharing your talent at the "Your Cozy Home Party". I very much appreciate your visit and do hope you will come again next week.

Your pieces are gorgeous! I am a quilter also, but I must confess I have only made two quilts and haven't quilted since. I am off to take a peek at the rest of your blog!

Debra you would never know that you are a 'beginner' quilter. Your quilts are drop dead gorgeous! I have neighbors who are avid quilters. However the bug has never bit me. I am now doing the blogging thing and that really eats up alot of time. But I LOVE it.

Thanks for commenting on my blog post. It means alot. I just had to come and see who you are. And I really think you have a delightful blog. I have another neighbor who has a beautiful old doll collection that I was thinking of featuring in the spring. I know she would love coming here to see all your beautiful things. And.... I am now following you!

Love your "hug and kiss" quilt, colors and patterns are so beautiful. How I wish I could quilt.

Oh these are so beautiful and romantic. Love the hearts. So pretty! Thank you for joining the party. I am pinning and tweeting this.

What a lovely Valentine post..I love quilts..I'm so lucky my SIL is a quilter, as I would not have a one..but lucky me, I have two and some other lovely needle work items..I love all of these..the patterns are beautiful..

What lovely quilts....gorgeous! Thank you for linking up to Little Quilt Monday : )

You are NOT a beginner, more like a creative intemediate quilter. It takes talent to take a quilt pattern and change it to fit the size and concept one is striving for. Love all your projects! 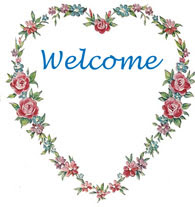 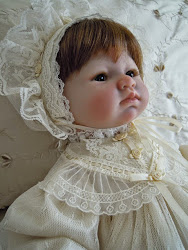 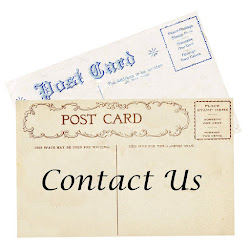 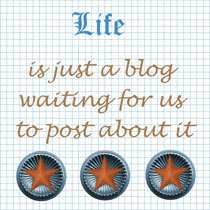 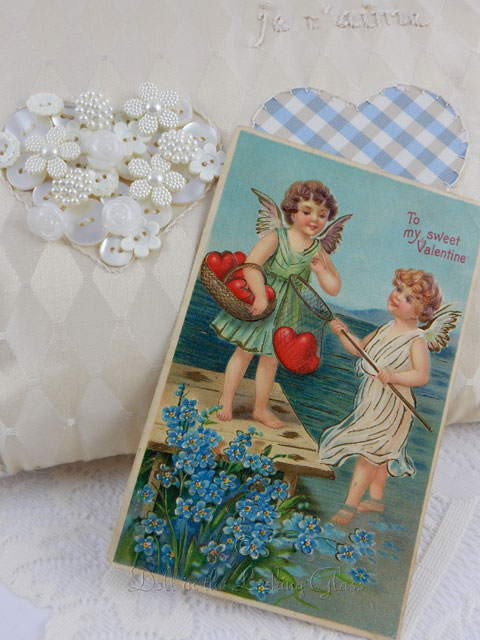 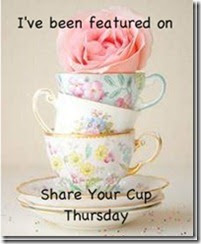 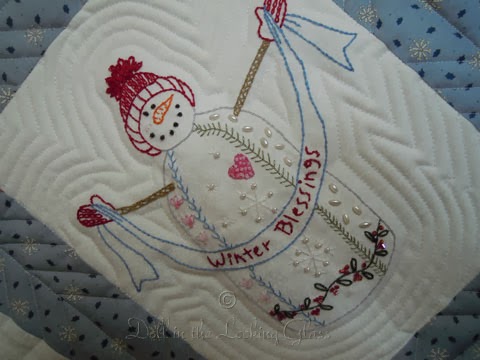 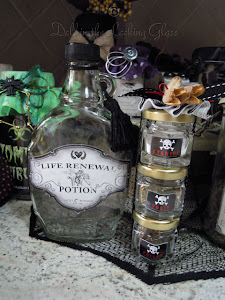 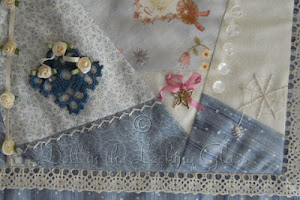 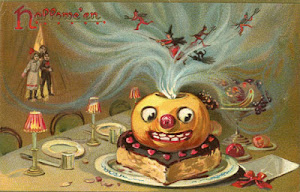 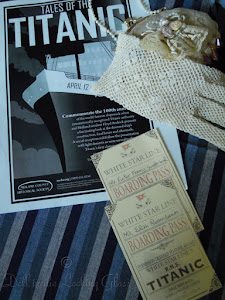 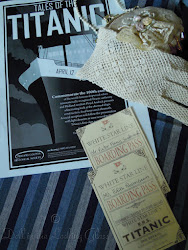 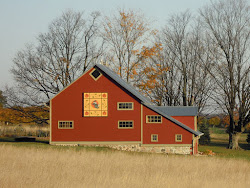 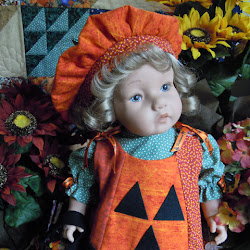 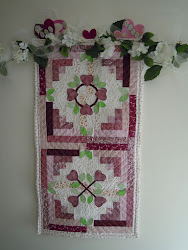 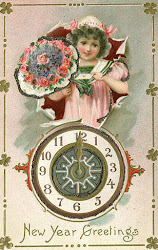 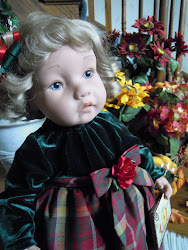